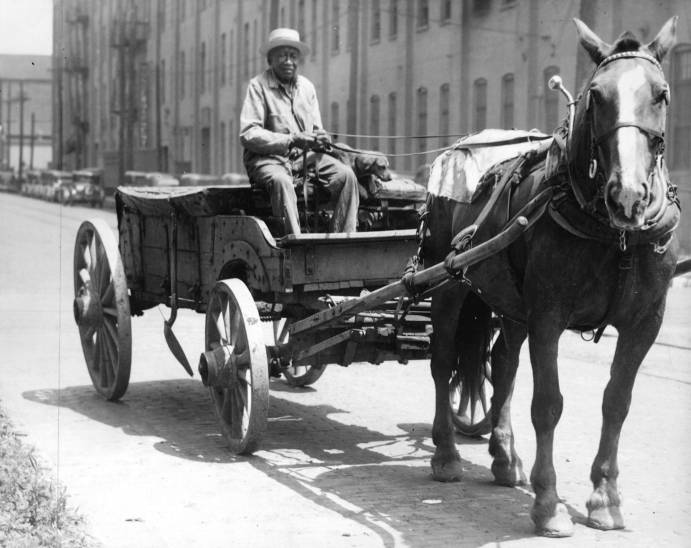 The local history of Black citizens in Fort Wayne mirrors the national history of Black Americans. Many persevered through slavery until it was outlawed statewide in 1816. In the decades that followed, they faced legalized segregation, restrictions on immigration and settlement, and fights for access to public education.

The earliest record of African Americans in the area which is now Indiana was in 1746, when five black slaves were documented to belong to French settlers, according to The Indiana Historian. Other sources point to people of African descent with occupations in the military encampments of Fort Wayne starting at the time that Gen. Anthony Wayne was victorious at the Battle of Fallen Timbers and built the city’s namesake fort.

Records indicate that, in 1835, African Americans Benjamin and Winifred Jones utilized land grants offered by the government, settling in Allen County. Despite this, they still faced discriminatory litigation, as did their neighbors. According to a report by local historian Marsha E. Smiley, the Jones’s had failed to comply with an Indiana act that required Black people immigrating to Indiana to pay a $500 bond to “indemnify them against their becoming public charges.”

In 1787, the Congress of the Confederation (the governing body under the Articles of Confederation) adopted the Northwest Ordinance, which prohibited slavery north of the Ohio River. Aspects of the Northwest Ordinance, however, still allowed slavery in this territory under certain circumstances. Therefore, despite its anti-slavery objectives, it was generally ineffective at protecting Black residents from the predations of slaveholders and others.

However, from the moment of statehood in 1816, slavery has been illegal in Indiana. The state Supreme Court upheld this article of the constitution through subsequent lawsuits from slaves still illegally held by slaveholders in the state. While the outlawing of slavery at the birth of the state proved mostly effective, the tides turned on Black settlers a few decades later. With the adoption of the second Indiana constitution in 1851, Black immigration and travel to the state became illegal. Other provisions to restrict Black immigration to Indiana were also adopted.

For example, section two of the 1851 constitutional article reads, “All contracts made with any Negro or Mulatto coming into the State, contrary to the provisions of the foregoing section, shall be void; and any person who shall employ such Negro or Mulatto, or otherwise encourage him to remain in the State, shall be fined in any sum not less than ten dollars, nor more than five hundred dollars.”

According to research by Patrick J. Furlong, although Article 13 “was unenforceable during and after the Civil War,” it was not formally repealed until 1881. Not only was it repealed, but the provision had been rendered null by the 1868 passage of the Fourteenth Amendment to the federal constitution. This amendment guaranteed Black Americans equal protection under the law. Just one year after this new constitution was adopted, the Indiana General Assembly formed the Indiana Colonization Board. According to a document on the state government website, the board was tasked with providing funds for “free blacks” to emigrate to Liberia in West Africa.

The Indiana Quarterly Magazine of History wrote in 1912 that there had been attempts by the state government throughout the 1860s to secure schools for African American children and the growing population of Black Hoosiers. The author of the article, A. C. Shortridge, lamented that, after an 1869 bill had failed to pass, Black families would have to continue paying for white education through their tax dollars.

“So it looked at the moment as if the black children were doomed to run the streets for another term of two years while their fathers and mothers continued to pay their taxes,” Shortridge stated, “by the aid of which children of the more favored race were kept in school ten months of the year.”

When legislation failed to pass, Gov. Conrad Baker called an “extra session” of the General Assembly with insistence that Black Hoosiers be allowed to attend Indiana schools. The law passed, and Indiana prepared for a large new addition to its school system.

The writer continued that, in Indianapolis, Black teachers were sought to staff the schools, and white teachers were recruited if no one could be found to fill the positions. Throughout the summer, meetings were held in Black churches to give information to parents and guardians as to what was expected of the students when they entered school. “These meetings were largely attended,” Shortridge wrote, “and with much enthusiasm in view of what was soon to occur.”

Ridley added that, for a long time, “African Americans who had a collegiate-level education and were qualified to do various professional jobs” were not hired to do those jobs in Fort Wayne. “As time passed, they chose African Americans outside of Fort Wayne, which isn’t typical.

“A lot of people that I’ve talked to who received those degrees had to go elsewhere to utilize that degree and later on returned to Fort Wayne. [It’s] pretty sad that you get the collegiate education that’s required, you show them that you’re able to do it, but right in your own hometown they wouldn’t hire you.”

Ridley emphasized the importance of learning about local African American history and why it is important to contextualize local historical accounts.

“Quite often people are unaware of the contributions of the African American community to Fort Wayne. And for that matter, what the ground level was for them to actually be here and to be motivated to make Fort Wayne their home because they didn’t make it easy. They didn’t make it easy when you were qualified educationally, when you were qualified intellectually or skilled but you still can’t get a job, you can’t own property, your voice is basically not being heard purely because of the color of your skin.

“And when you do the history, and you actually know families and you know that communities that existed and what the individuals sought to create, the you have a different perspective than the assumption that African Americans were incompetent or unable to be employed in specific areas when they were actually being shut out.”

Biographies published in the Marsha Smiley Collection at the Allen County Public Library also provide insight into local Black history and Black citizens who have made an impact on Fort Wayne. One biography comes from the obituary of John L. Autry, a professional football player who signed with the Fort Wayne Warriors. He later settled his family in Fort Wayne and became the Administrator Supervisor in the Parks and Recreation Department, with significant contributions made to the Jennings Center.

The namesake of the Jennings Center, Albert G. Jennings, is also featured in the collection. According to records in the collection, the McCulloch Recreational Center flourished under his leadership and became the “hub of recreational and cultural activities in the black community.” His impact on the community was so significant that the McCulloch Center was renamed to honor Jennings.

In 1959, John Nuckols became the first Black city councilperson in Fort Wayne, serving for 23 years. Since then, numerous Black citizens have served on the city council. Hayden Park in the East Central neighborhood was renamed to honor Nuckols in the 1980s and includes a bust of the councilman sculpted by local artist Hector Garcia. According to The Journal-Gazette, these people include Charles Redd, 1983 to 1991; Cletus Edmonds, 1992 to 1999; and Archie Lunsey 1992 to 1999. Incumbent councilman Glynn A. Hines has served since 1999, and incumbent councilwomen Michelle Chambers and Sharon Tucker took office after their wins in the 2019 election.

Today, Black citizens of Fort Wayne continue to build and influence the culture, community and politics of the city. For example, a group of people organized by the MLK Jr. Club aims to change the name of Calhoun Street in Fort Wayne. They say that because Vice President Calhoun ardently supported for slavery as a “positive good” for both slave and slaveholder, as well has his support for the Indian Removal Act, that the street name should be changed to honor Dr. Martin Luther King Jr.

In recent decades, moves have been made to honor and remember local Black history and important citizens. The building of the iconic Dr. Martin Luther King Jr. bridge on US-27 memorialized the civil rights leader in 2011. Several streets have been dedicated to local Black leaders, and still more continue to be dedicated in their memory. Many Black citizens have become the leaders of major organizations and businesses throughout Fort Wayne. Although legally oppressed for over two centuries, the contributions of the Black citizens of Fort Wayne have abounded and continue to positively impact the Summit City.