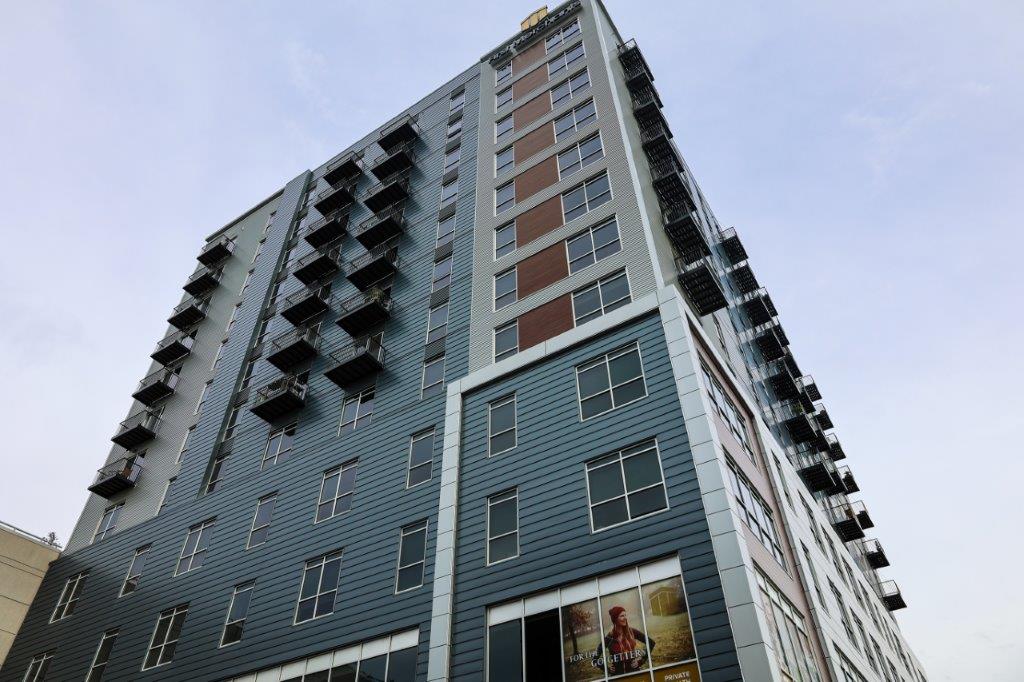 “In Allen County, the rent increase in the past year has been up 40 percent,” Rork said. “I had a tenant being evicted at court. The landlord charged him, and his girlfriend, their two kids $750 a month for a downstairs apartment on Wells Street. Well, they had them sign a new lease, and increased their rent to $1,700.”

After the audience let loose with a collective gasp, she explained that most local rent increases were less but still substantial, often increasing from $800 to $1,200 for the same apartment.

“The rate of increase in Allen County has grown so much since the housing boom that it’s impossible for people on SSDI, SSI, when they have $750, $771 a month, and that will never change. That is their income. And there is not enough housing out there that is affordable and that is safe for people to live in.”

This lack prompts some tenants to move into substandard housing, just so they can have a place to live, Rork said. At that point, what happens if there’s a mold issue or the landlord refuses to make a necessary repair? The tenant can either call for an inspection or keep quiet and stay put—so that they can stay housed.

Rork continued. “That’s where our housing market is at right now. It’s quite scary. We need more affordable housing, anything that makes it more affordable for people who do not have the option or opportunity to increase their income.”

In her work, Bernadette Fellows, a Community Engagement Planner with the City of Fort Wayne, sees firsthand how the lack of renter protections affect Fort Wayne residents. She said, “Some tenants’ contracts say things like they are liable to replace things like the furnace, that no tenant should be liable for. If something breaks that’s a major appliance, you’d think that the landlord would take care of that. We’ve seen some landlords try to put it in the contract that the tenant’s supposed to take care of that, or the tenant owes that.”

If it’s in the lease agreement, it’s legal. To comply with the law, both the tenant and the landlord are bound by the lease. However, when a tenant is presented with a thick stack of paper written in legalese, that’s when things get complicated.

Andrew Thomas, a staff attorney for Indiana Legal Services, said most leases are adhesion contracts. “Basically, the landlord has all the negotiating power, the tenant has none.” Tenants have to choose wisely when they can. He and the other panelists advised renters not to sign a lease for a place that’s not habitable, but only for a home that is built to code, with the plumbing, utilities, and furnace in proper working order.

This puts the onus on the tenant to inspect the property before signing a lease, and to ask for adjustments to the lease when needed, though that can backfire. In a tight housing market, the landlord might dismiss the potential tenant and find another who will accept the lease as-is. “If you have no choices left, you have no negotiating power to make those changes.”

Therefore the adage, “The best offense is a good defense,” applies to many things in life, but it especially applies to renting a home in Indiana. Fortunately, renters can access some help. Free and low-cost legal assistance is available from Indiana Legal Services, Inc.; the Volunteer Lawyer Program Northeast Indiana; Allen County Bar Association; and the Neighborhood Christian Legal Clinic.

However, legal assistance doesn’t address the shortage of affordable housing in the area, and the lengths people will go to when their time and options are limited. “When you’re desperate and you want a place to stay, you’ll promise to anything,” Sharon Tucker said. She is the Executive Director of Vincent Village and a Fort Wayne City Council member. Vincent Village supports homeless families with children in Fort Wayne.

“I represent one of the most diverse communities within our city,” Tucker said. “It’s not just diverse in ethnicity, it’s also diverse in financial capacity.”

Tucker said she supports building additional, affordable housing throughout the city, although there is resistance. Some residents have a ‘not-in-my-backyard’ attitude toward development that includes affordable rental properties. Tucker emphasized that Fort Wayne should avoid concentrating low-income residents in one area.

Landlords’ businesses range in size from private individuals to large corporations. Some act responsibly, take care of repairs quickly, and charge reasonable rents, but others do not. Landlords and real estate companies may be local or invest from afar. This can give outside investors too much power in the local housing market.

“We have people from outside of the state, outside of the country, who are profiteering off the backs of the citizens of Fort Wayne because we are an easy market to make a quick buck in,” Fellows noted. “They don’t care at all about our citizens. They don’t care at all about what they’re doing to the housing stock.” She added that some problematic landlords refuse to pay their property management firms to perform necessary upkeep and repairs.

Councilwoman Tucker floated an idea, albeit a controversial one, to address housing affordability. “This goes against the grain of everything for the state of Indiana, but we’ve seen success in many areas with rent caps.” She suggested that the city look at what rent caps could do for areas that are struggling. “It doesn’t have to be an either-or, it can be a both-and, and we all can win.” She also noted that local landlords are reluctant to accept housing vouchers in exchange for regular inspections, but she hopes to see that change in the future.

The panel concluded their talk by offering encouragement and suggestions. Attorney Andrew Thomas said that even though the state faces huge challenges today, some things have improved. Five years ago, there was no pre-diversion program for evictions. If a tenant couldn’t pay the rent, the court would evict them without question. Now, tenants in danger of being evicted have more support than before.

The panel encouraged all Indiana residents to reach out to state representatives, to let them know what support and protections tenants should have. Senate Bill 148, which was vetoed by Governor Holcomb during the pandemic but overridden by the state legislature in 2021, prevents local government from creating and enforcing rental protections. Its language states that it “prohibits a unit of local government from regulating certain aspects of a landlord-tenant relationship with respect to privately owned real property located in the unit unless the regulation is authorized by the General Assembly.”

“Send photos of the conditions if they are uninhabitable, if they are sub-par,” Fellows suggested. “Send your state legislature the gory details because they need to see what they’re allowing by not allowing the local governments to act.”

Tucker summed it up well. “Homelessness, eviction, renting, having a safe place to live does not carry a political party. You can go to your representative, no matter what party it is, and express your concerns for the laws that exist right now as a renter. The more individuals that express those concerns, the greater effect you will have.”

Gabi Lorino is a writer, editor, and organizer of people and words currently based in Fort Wayne, Indiana. Her feature articles and short stories have been published in newspapers, newsletters, magazines, and books. She has self-published one book, A Magical Time Called Later, in addition to this journal series, and has edited short story anthologies.